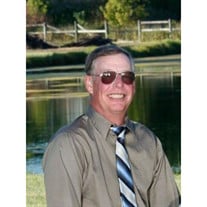 A FUNERAL SERVICE FOR 62 YEAR OLD DARYL GROSS OF SPIRIT LAKE, WILL BE HELD AT 11:00A.M. MONDAY, DECEMBER 15, 2014, AT THE UNITED METHODIST CHURCH IN SPIRIT LAKE. VISITATION WILL BE HELD SUNDAY, FROM 2:00P.M. UNTIL 4:00P.M. AT THE SCHUCHERT-LENTZ... View Obituary & Service Information

The family of Daryl Gross created this Life Tributes page to make it easy to share your memories.

Send flowers to the Gross family.