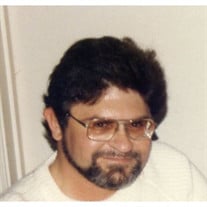 Dennis Dean Long, 54, of Maypearl, Texas, passed away quietly at Baylor Medical Center of Dallas on March 1, 2013, after a courageous struggle against cancer. Dennis was born on April 25, 1958, to parents Matthew and Ellen Bartels Long at Holy Family Hospital in Estherville, Iowa. He was raised in Spirit Lake, Iowa, and graduated from Spirit Lake High School in 1976. He graduated from Iowa Lakes Community College in Estherville, Iowa, with an associate degree as an environmental specialist. Dennis married Mary Jane Wersinger at Saint Mary Catholic Church in Remsen, Iowa, on July 18, 1981. They welcomed their first and only child, Jonathan, in 1994. Dennis and Mary relocated to the Dallas, Texas metro area in 1981. Dennis began his career at the University of Texas Southwestern Medical Center in Dallas, Texas, as a HVAC controls technician and continued working there for 20 years, until he retired in 2005. Dennis was a member of the Catholic Church. He enjoyed fishing, hunting, football and being with family and friends. Dennis coached youth football, basketball, baseball and soccer. He mentored boys in the Boy Scouts. Dennis is survived by his wife, Mary Jane Wersinger Long and a son, Jonathan Long of Maypearl, Texas; his brothers, Tony Long of Pleasanton, California, and Harry Hagedorn of Midlothian, Texas; one sister, Frances Moritz of Spirit Lake, Iowa; along with many nieces, nephews and cousins. He was preceded in death by his parents; one brother, Gary Hagedorn of Colorado Springs, Colorado; two nephews, Paul Hagedorn of Arlington, Texas, and Jay Watkins of Spirit Lake, Iowa; along with aunts and uncles. Visitation for family and friends will be held at Wayne Boze Funeral Home in Waxahachie, Texas, Tuesday, March 5th and Wednesday, March 6th from 6:00 to 8:00 p.m. A Rosary Prayer Service will be held on Wednesday, March the 6th at 7:00 p.m. at Wayne Boze Funeral Home. Funeral services will be held at St. Mary's Catholic Church with Father Hughes officiating, March 11, 2013, at 10:30 a.m. in Spirit Lake, Iowa. Visitation will be held from 4:00 to 7:00 p.m. Sunday, March 10th at Schuchert Funeral Home, Spirit Lake, Iowa. Interment will follow at the Lakeview Cemetery, Spirit Lake, Iowa. A reception for family and friends will immediately follow the graveside at St. Mary's Catholic Church. Honorary pallbearers include Brian Ehler, Phil Larue, Gary Bauer, Mike Hansen, Chris Watkins and Larry Bauer. Dennis's family is very grateful for all the support and care given to them throughout his struggle with cancer. In lieu of flowers, please make a donation to the American Cancer Society.

Dennis Dean Long, 54, of Maypearl, Texas, passed away quietly at Baylor Medical Center of Dallas on March 1, 2013, after a courageous struggle against cancer. Dennis was born on April 25, 1958, to parents Matthew and Ellen Bartels Long at Holy... View Obituary & Service Information

The family of Dennis Long created this Life Tributes page to make it easy to share your memories.

Send flowers to the Long family.