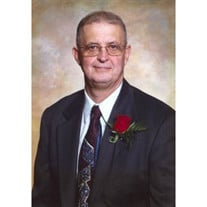 Dennis L. Smith, age 66, of Arnolds Park, passed away November 17, 2015, at Avera McKennan Hospital in Sioux Falls, SD. Dennis was born on December 23, 1948, in Spencer, IA, to John and Alice (Barrett) Smith. He attended high school in Milford, graduating in 1967. He was very active in all of the high school sports. He then went on to Northwest Missouri State, graduating in 1971. He taught math for Sabula, YJB, and Spirit Lake, before retiring in 2005. Dennis enjoyed golfing and playing cards. Dennis is survived by one sister, Shirley (Jerry) Sporrer, of Tempe, AZ; one brother, John Smith, of Sun City, AZ; six nieces; one nephew; sister-in-law, Marriane Smith, of Fargo, ND; and many grand nieces and nephews. Dennis was preceded in death by his parents and brother, Larry Smith. A memorial visitation will be held from 4:00-7:00 P.M., on Tuesday, November 24, 2015, at the Schuchert-Lentz Funeral Home in Spirit Lake. In lieu of flowers, memorials may be given in Dennis' name.

The family of Dennis L. Smith created this Life Tributes page to make it easy to share your memories.

Send flowers to the Smith family.