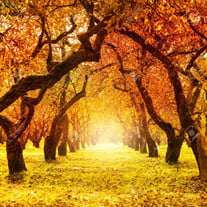 Don D. Goodenow, 91, of Spirit Lake passed away on Monday, October 28, 2019 at Accura Healthcare of Spirit Lake. A gathering of remembrance will be held at 1:30 p.m. Friday, November 1, 2019 at the 1st Presbyterian Church in Spirit Lake. There will be a time of gathering where the family will greet friends following the service at the church in the parish hall. Don Duane Goodenow was born on the home farm southeast of Battle Creek, Iowa, April 14, 1928, the third son of Russell Humes Goodenow and Hazel Manson Goodenow. He attended Maple # 8 country school across the road from their home just a few months after his 4th birthday, through eighth grade, and enjoyed telling people that he was the smartest kid in his class, omitting the fact that he was the only one in the class. Once he started high school in Battle Creek, he participated in baseball and basketball, school plays, and especially in all instrumental and vocal music activities. He graduated with the class of 1945, spent the next year farming with his dad, and then enrolled at Morningside College, where he attended for two years, excelling in music. In 1949, he was married to Jean Babb. They lived for several years in the country schoolhouse where he had been a student for eight years, while he farmed with his dad. Their first child, Gail Jean was born while they were there. In 1953, they bought a farm in Blaine Township, northeast of Ida Grove. Don had a number of off-the-farm jobs during the thirteen years he farmed there. Among them were as soil technician for the U.S. Soil Conservation Department; as sales rep for Harvestore, Shorestation, and Citation Homes; manager of the King Theater in Ida Grove, and income tax work for a local attorney. He received recognition for development of the pond on the farm and for one of the first confinement hog setups in the area. Their five sons, Gregg, Grant, Gary, Gavin, and Guy were born while they lived on the Blaine Township farm. In 1966 the family moved into Ida Grove, having bought the business they named The Four Seasons, a garden center and florist shop. The tree-moving service was added with the purchase of one of the first Vermeer tree spades in the area. Don continued to be in demand as a singer as he had been all through his high school and college years, singing in church choirs, weddings, funerals, and for many community events. He belonged to the Masonic lodge of Battle Creek, and Alpha Tau Delta and Phi Mu Alpha fraternities. He served on the pastor-parish committee of the Ida Grove Methodist Church, as president of the IG Kiwanis Club, secretary of the Ida County Fair Board, member of the Ida Grove School Board and seven years as a member of the founding Western Iowa Tech Board. Following a stroke in 1982, he was no longer able to sing, and the Four Seasons store was sold, but he was able to continue the tree-moving for a number of years, and took pride in seeing hundreds of windbreaks and landscapes, that he had helped to create throughout a several county area. In 1989, when Jean retired from teaching, they moved to the Methodist Camp (later reorganized as Monarch Cove) near West Lake Okoboji, where they built the year-round home they designed, participating in the actual construction, using much of the material from an Ida County barn Don had dismantled. He served the Cove for nearly 20 years as “water commishner” as well as driving cars for Great Lakes Motors. He served on the staff-parish committee of the Spirit Lake Methodist Church. They later joined the Spirit Lake Presbyterian Church. Don's parents and his brothers, Barry and Bruce preceded him in death. His children are his daughter Gail, in California; sons, Gregg (Janet) of Ida Grove; Grant (Janene) of Johnston, IA; Gavin (Martha) of Arvada, CO; Guy of Westminster, CO. His son, Gary, who died unexpectedly in July of 2018, and his wife, Nan, lived in Lafayette, CO. Grandchildren are Ariele Alasko (Isaiah Palmer), Troy Weary (Lisa), Corey Goodenow (Nicole), Jenna (Nick Akin), Bethany (Kurt Weitl), Brent Goodenow (Teresa), Emma Goodenow, Chris Mullen, Sean McEwen, Melissa (Matt Lane), Ryan Goodenow, Austin Goodenow, Alexander Goodenow, and Zachary Goodenow. There are 17 great-grandchildren. Don passed away on October 28 after a brief hospitalization, less than one month before their 70th wedding anniversary. Memorials will be directed to the 1st Presbyterian Church to help with costs for Radio and T.V. Broadcasts.

Don D. Goodenow, 91, of Spirit Lake passed away on Monday, October 28, 2019 at Accura Healthcare of Spirit Lake. A gathering of remembrance will be held at 1:30 p.m. Friday, November 1, 2019 at the 1st Presbyterian Church in Spirit Lake. There... View Obituary & Service Information

The family of Don D. Goodenow created this Life Tributes page to make it easy to share your memories.

Send flowers to the Goodenow family.