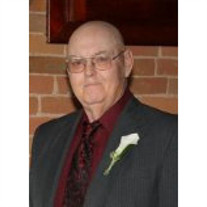 George Harold Boppert, the son of Harold Pfiel and Mildred (O'Connell) Boppert, was born on November 18, 1948 in Orange, Connecticut. He attended Amity High School in Orange, Connecticut. George was a truck driver by trade. He had three daughters, Wendy, Kelly and Millie. He spent many years driving all over the country. He enjoyed bringing his daughters, sometimes their friends and many other people "on the road" with him. Making sure to stop along the way for a Major League Baseball game, to see the circus, or to go to Disney Land. In his retirement George enjoyed visiting his children and grandchildren. He spent much of his time watching the Vikings, the Twins, or the Hawkeyes or any game and visiting with friends, always sipping on a diet coke. George passed away Tuesday December 3, 2013 at Avera McKenna Hospital in Sioux Falls, South Dakota. He was 65 years of age. He is survived by his children, Wendy Boppert of Saint Paul, MN, Kelly (Scott) Secor of Eden Prairie, MN, and Millie Boppert of Vermillion, SD. and 3 grandchildren, Ryian Louise Johnson, Maille Nona Johnson, and Marshall Rae Boppert. He was preceded in death by his parents.

The family of George H. Boppert created this Life Tributes page to make it easy to share your memories.

Send flowers to the Boppert family.