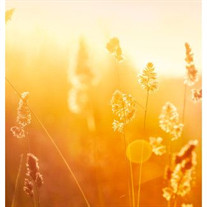 Jackie Keenan, age 75, formerly of Chanute, Kansas passed away Wednesday, April 29, 2015 at the Milford Nursing Center in Milford, Iowa. She was born on February 26, 1940 in Oklahoma City, OK to Joseph and Juanita ( Walker ) Goodger. Jackie was united in marriage to Bill Keenan on December 26, 1979 in Overland Park, Kansas. Bill passed away on November 19, 2014. Jackie worked in retail sales all of her life before retiring in 1990. She enjoyed spending her spare time gardening. Jackie is survived by her three daughters, Jeanette Ahlenius and her husband Steve of McAllen, Texas, Joan Anderson and her husband Bill of The Colony, Texas, Jan Ferguson and her husband James Bradley of Spirit Lake, Iowa; her step-son, Mike Keenan, and his wife, Donna of Chanute, Kansas. Jackie is also survived by her eight grandchildren; Erik, Jennifer, Mark, Tom, Monica, Kim, Savannah, Shelby, two step-grandchildren; Mika and Maggie and two great-grandchildren Liberty and Tommy. She was preceded in death by her parents; and her husband Bill. There will be no formal funeral services held at this time. The Schuchert-Lentz Funeral Home is in charge of the arrangements.

The family of Jackie Keenan created this Life Tributes page to make it easy to share your memories.

Send flowers to the Keenan family.