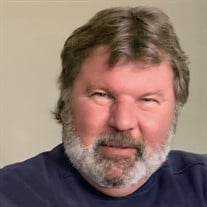 James “Jim” Rohwer, 53, of Prior Lake, MN, formerly of Okoboji passed away on Wednesday, January 27, 2021 at the East Bank Hospital - Fairview University of Minnesota Medical Center. Family will greet friends during an informal celebration of Jim’s life from 2:00 – 5:00 p.m. on Saturday, January 30, 2021 at the Schuchert-Lentz Funeral Home in Spirit Lake. Arrangements are under the direction of the Schuchert-Lentz Funeral Home in Spirit Lake. James “Jim” Nathan Rohwer was born to Ben and Dorothy Rohwer on May 2nd, 1967. He and his siblings grew up in Archer, IA, but it was in his childhood that Jim fell in love with the Iowa Great Lakes, visiting for family vacations in the summers. At the age of 18, a motorcycle accident that all but destroyed his ankle, changed the course of Jim’s life. Plans to move to Bozeman, Montana to become a hunting guide after graduation turned into renting a lakefront house in Okoboji with his good buddies to relax and recover. On his first night in Okoboji, he lied about his age to the woman he would be married to for almost 33 years. Eventually, he would also meet the little girl that would become his daughter. Jim married Lisa Rohwer (Coate) on May 7th, 1988. They bought an acreage outside of Okoboji and raised their daughter, Bobbi, while also taking care of several dogs, ducks, rabbits, and horses. Jim loved spending time outdoors, cracking open a few Budlights, and spending time with his family and close friends. He particularly enjoyed the many winter vacations he and Lisa took to tropical paradise over the last 20 years, visiting many areas of Mexico, Jamaica, Costa Rica and Dominican Republic. After the arrival of their third grandchild, Jim and Lisa decided to uproot their life in Okoboji to move closer to their daughter’s growing family. They moved to Prior Lake, MN in the fall of 2019. He loved when the grandkids came to visit and would spoil them with candy and tell them stories from his past. Jim was known for loving several NFL teams, switching his jerseys depending on which game was playing: the Vikings, the Bears, the Chiefs or the Packers. Although his ankle caused him pain throughout his entire life, it became too much to bear, and he was to have his second joint replacement in the fall of 2020. Due to pandemic-related issues and surgery restrictions, his surgery was cancelled and rescheduled twice. Jim was finally free from the pain on January 27th after battling an infection made more complicated by liver disease. His wife and daughter were by his side. Jim’s father, Ben Rohwer, preceded him in death by 11 days. He is survived by the love of his life, Lisa; his daughter, Bobbi (Zach), and their three grandchildren, Arlo, Waylon, and Lincoln; his mother, Dorothy Rohwer; his brother Steve (Patty) Rohwer; his sister Lori (Linn) Rohwer; his step-mom, Leah Rohwer; his step-sister, Jill (Tom) Mouw; his step-brother, Dr. Michael (Lisa) Ackerman; a very special sister-in-law, “Ponce” (Jeff) Bonsall; and several nieces, nephews, and cousins.

The family of James "Jim" Rohwer created this Life Tributes page to make it easy to share your memories.

Send flowers to the Rohwer family.