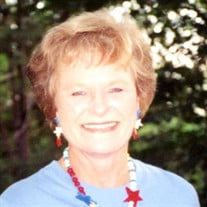 Janis W. Madland Grant, age 76, of Okoboji Iowa, Passed away July 25, after a courageous battle with ovarian cancer. Jan was born November 28, 1944, in Sioux Falls SD to Cliff and Henrietta Madland. She graduated from Washington High School in Sioux Falls, SD in 1962 and received her B.S. degree in Elementary Education from Morningside College, in Sioux City, IA in 1965. A master’s degree was later earned from the University of South Dakota. Jan taught elementary students in Bloomington, MN and Sioux City, IA for 35 years. Jan married Hank Grant in 1998 and they lived in Rock Rapids, IA and Okoboji, IA. An avid tennis and pickleball player, Jan was instrumental in fundraising for the pickleball courts at Speier Park. Jan was a generous and enthusiastic supporter of any project in the Lakes Region including the Lakeside Lab, the Outdoor Nature Center, Pearson Lakes Art Center, and the Dickinson County Trails. Her vibrant personality helped her to make friends easily. She loved to be around others and was never shy about asking questions and wanting to learn. Owning a home in Gold Canyon, Az made for a pleasant winter retreat. Jan was a member of The Band, a group of women who met weekly to play their musical instruments and sing. Jan was a member of P.E.O., Chapters AI and MO and numerous other Lakes Region organizations and committees. Survivors include her husband, Hank Grant; brothers Jon (Patsy) and Jess (Ellen Jordano); sisters Jody (Elton) Byre and Jeri (Steve) Timmons; stepsons Brian (Amy) and Adam (Cydney); step grandchildren Madison and Morgan; Lois Hoover, lifetime friend as well as nieces and nephews. Jan dealt with her ovarian cancer for two years the same way she lived her life, with strength and dignity. Memorials are suggested to the Okoboji Pickleball fund, Pearson Lakes Art Center and the Dickinson County Trails. A private ceremony was held.

The family of Janis W. Madland Grant created this Life Tributes page to make it easy to share your memories.