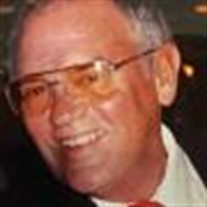 John E. Kempema, 80, of Spirit Lake passed away on Sunday, August 6, 2017 at Avera Heart Hospital in Sioux Falls, SD. A celebration of John’s life will be at 2:00 p.m. on Saturday, August 12, 2017 at the Schuchert-Lentz Funeral Home in Spirit Lake. There will be a visitation one hour prior to the service on Saturday at the funeral home. Military Funeral Honors will be performed by the American Legion Timpe Post #23 and the John W. Kidd VFW Post #4515. John was born on October 15, 1936 in Ireton, IA to Ernest and Jennie (Harmsen) Kempema. He graduated from Luverne High School in Luverne, MN. After graduation he served his country in the US Army. After he returned home from the service he was united in marriage to Phyllis (Vande Brake) Kempema; to this union four children were born.John and his family made their life together in Orange City, Ia for several years and then Rock Valley, Ia for many years where all their children grew up. He later joined with his life companion Diane Reason. John worked for New York Life Insurance Company for several decades earning countless awards for his accomplishments until his retirement in 1998. He was an avid golfer belonging to Emerald Hills Golf Club. He also enjoyed reading, watching sports on TV, attending his grandchildren’s sporting events, traveling the country and wintering in Florida where he met and made countless friends along the way. John is survived by his soul mate Diane Reason of Spirit Lake; son David J. Kempema and his child Tyler Kempema of Sioux City and his wife Gifty and his son Cole Ampomah Kempema of Ghana Africa; his son Steven J. Kempema and of Kansas City, MO and his son Travis Kempema of Sioux City; daughter Patrice Herke and her children AJ O'Brien of Minneapolis MN and Audrey Herke of Columbus, Ohio ; daughter Jennifer Kempema and her husband Nathan Thomas and their son Jonas of Kansas City, MO; sisters Eleanor Nyenhuis of Sioux Falls, SD; Jane (Lee) Koedam of Rock Valley, IA; Ruth (Larry) Klingenberg of Worthington, MN; sister in law Renzella Kempema of Sioux Falls, SD; Diane’s daughters, Shelly (Brian) Langel and their children Nicholas and Morgan of Milford and Katherine (Joe) and their children Iziah and Xaxier of Des Moines. He was preceded in death by his parents, sister Hermina Kempema Boon and brother Richard Kempema. John will be remembered fondly by his family and friends for his dry sense of humor, generosity, dependability, and unconditional love. He will be deeply missed.

The family of John Kempema created this Life Tributes page to make it easy to share your memories.

Send flowers to the Kempema family.