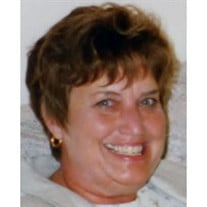 Karen Maxine (Stientjes) Pas, age 73, of Milford, IA, passed away on Tuesday, December 29, 2015, at Lakes Regional Healthcare Hospice in Spirit Lake. She was born on January 13, 1942, in Iowa Falls, IA, to Arnold and Maxine (Cressey) Stientjes. Karen was united in marriage to John Pas on August 25, 1963, at Grace Methodist Church in Sioux City, Iowa. After graduating from East High School in Sioux City, IA, she continued her education and graduated with her Bachelor's degree in elementary education from the University of South Dakota in 1965. She worked as an elementary teacher in Le Mars, IA, for 2 years and then in Sioux City, IA, for 36 years. She enjoyed reading, swimming, watching the Hawkeyes and spending time with her grandkids. Karen is survived by her husband, John Pas, of Milford, IA; son, Randy (Amy) Pas, and their two children, Tara and Samson, of Arnold's Park, IA; daughter, Teri (Chris) Pieters, and their two children, Jaci and Kiah, of Sioux Falls, SD; and two sisters, Carol (Darby) Moeller of Fort Collins, CO, and Kay Ramseyer of Normal, IL. Karen was preceded in death by her parents and grandparents. A memorial service will be held at 11:00 A.M. Saturday, April 9, 2016, at First Lutheran Church in West Okoboji. Burial will be at Lakeview Gardens Cemetery. In lieu of flowers, memorials may be directed to First Lutheran Church or Lakes Regional Healthcare Hospice.

The family of Karen Pas created this Life Tributes page to make it easy to share your memories.

Send flowers to the Pas family.