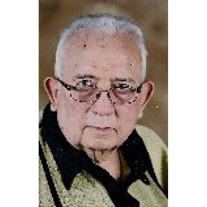 Linus Raymond Smith, age 79, of Algona, IA, former resident of Superior area, was born December 11, 1933, in Superior, Iowa, to Frank and Veronica Smith. Linus attended Superior Consolidated School graduating in 1952, served in the US Army, a veteran of the Korean War, farmed with his father a few years, worked for the Fort Dodge-Des Moines Railroad and a retiree of Hormel's of Ft. Dodge, IA, and Fremont NE. Other than his family, he enjoyed fishing, was an avid collector of watches and pocket watches, enjoyed reading, gardening and recently photography. Linus was preceded in death by his first wife Norma; his parents, Frank and Veronica Smith; three brothers, Francis Smith, Edward Smith, and Fred Smith. Linus is survived by his wife, Bernice Gorham; two daughters, Susan and Mike Minikis and Joni and Patrick Harrison; two step-sons, Doug and Terri Gorham and Brad and Stephanie Gorham; his brother, Ronald and Elsie Smith; 10 grandchildren; 6 great-grandchildren; along with many nieces and nephews. A funeral Mass will be held at 10:30A.M. Saturday, March 23, 2013, at St. Mary's Catholic Church in Spirit Lake. Visitation will be held one hour prior to the service at the church. Burial will be at St. Margaret's Cemetery.

The family of Linus Smith created this Life Tributes page to make it easy to share your memories.

Send flowers to the Smith family.