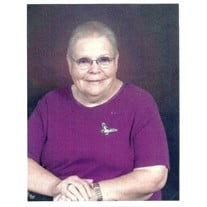 Lois Eckard (age 76) of Milford, Iowa passed away on September 23, 2014 at Good Samaritan Luther Manor in Sioux Falls, SD. Lois was born on September 20, 1938 to Fred and Kathryn (Voss) Smitherman at the Hand Hospital in Hartley. Her early years were spent at Everly, then grade school at Baker #1 and high school years at Melvin. She graduated from Melvin High School in 1956. She attended Estherville Junior College graduating in 1958 with an Associate Degree in Education. She taught from 1958-1960 at Melvin Elementary. She taught the next 38 years at Hartley Elementary. She also continued her education at Buena Vista College in Storm Lake graduating in 1964 with her BA in Education. She married Ralph Eckard, Jr. in 1969, and they resided in Milford. She was a member of Union Memorial Church in Milford where she taught Sunday school and was a member of the Church Council. Lois was involved in the following education groups during her teaching career: Life membership in the National Education Assn. (1970), Iowa Education Assn., the Hartley-Melvin-Sanborn (HMS) Education Assn, and Delta Kappa Gamma Society, Int'l - Alpha Tau Chapter (1966 - she was Treasurer from 1973-2011); since 2011 she has been a member of the Chi Chapter, and a Director of the Iowa Great Lakes Foundation since 2011. She was named to Who's Who Among America's Teachers in 1994, and received Volunteer Awards from HMS in 2004, the Iowa Governor's Award in 2004, and the Presidential Award in 2005. After retirement, she substitute taught for 11 years at HMS, as well as volunteered for classroom teachers at HMS Elementary and Johnson Elementary in Spencer. Lois' other volunteer activities included: reading stories at the Milford Nursing Home once a month since 1989, delivering Meals on Wheels, working the Red Cross Blood Mobile, and playing "Mrs. Claus" at local schools, nursing homes and libraries each December. Lois is preceded in death by her parents Fred and Kathryn Smitherman, and her husband, Ralph Eckard, Jr. She is survived by her sister, Nancy Hebrink (Dennis) of Wyoming, MN; her brother-in-law, Jim Eckard, of Estherville; her sister-in-law, Mary Eckard, of Roseburg, OR; as well as nieces, nephews, cousins and many, many friends. A funeral service will be held on Saturday, October 18, at 11:00 a.m. at Union Memorial Church, 805 Okoboji Avenue, Milford. Visitation will be Friday, October 17, from 5:00-7:00 p.m. at Schuchert-Lentz Funeral Home, 2317 32nd Street, Spirit Lake. Inurnment will be at Pleasant View Cemetery, Hartley. In lieu of flowers, memorials may be given in Lois' name.

Lois Eckard (age 76) of Milford, Iowa passed away on September 23, 2014 at Good Samaritan Luther Manor in Sioux Falls, SD. Lois was born on September 20, 1938 to Fred and Kathryn (Voss) Smitherman at the Hand Hospital in Hartley. Her early... View Obituary & Service Information

The family of Lois Eckard created this Life Tributes page to make it easy to share your memories.

Lois Eckard (age 76) of Milford, Iowa passed away on September...

Send flowers to the Eckard family.