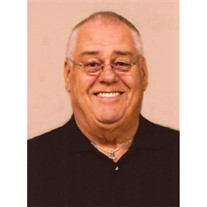 Lyle Albers, age 69, of Spirit Lake, passed away Tuesday, February 3, 2015, at Rochester Methodist Hospital in Rochester, Minnesota. He was born on November 19, 1945, in Howard, South Dakota, to Albert and Mary (Knowles) Albers. Lyle graduated from Spirit Lake High School in 1963. He was united in marriage to Diane Wienhold on August 27, 1971, in Pocahontas, Iowa. Lyle worked for many years at Style Craft as a custodian. After retiring, he worked for the AmericInn and was voted one of the top three in the United States as a breakfast attendant. Lyle enjoyed having coffee with his friends, visiting with the neighbors, traveling, especially out west and the precious time he spent with his family. He will always be remembered for his sense of humor! Lyle is survived by his wife, Diane Albers of Spirit Lake; children, Darcy Sundall, and her husband, Kim, and their children, Amaya, Creighton and Ryder of Spirit Lake, and Damon Albers, and his wife, Sarah, and Abbie and Alex Verrips; two brothers, Robert Albers, and his wife, Norrine of Montreal, Missouri, and Frank Bamsey, and his wife, Inga of Fredricksburg, Virginia; and his dog, Otis. He was preceded in death by his parents; brother, Leonard Bamsey; and father-in-law, Bernard Wienhold. A memorial service will be held at 11:00A.M. Saturday, February 7, 2015, at the Schuchert-Lentz Funeral Home. Visitation will be held one hour prior to the service at the funeral home.

The family of Lyle Albers created this Life Tributes page to make it easy to share your memories.

Send flowers to the Albers family.