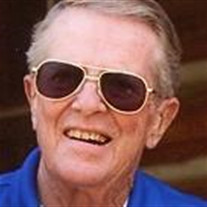 Merle “Jerry” Van Patten, 79, of Orlando, FL formerly of Spirit Lake passed away on Monday, October 15, 2018 at his daughter’s home in Wallingford, IA. A memorial service will be held at 2:00 p.m. Friday, October 19, 2018 at the Schuchert-Lentz Funeral Home in Spirit Lake. There will be a rosary service at 4:30 p.m. Thursday with a visitation to follow from 5:00 -7:00 p.m. on Thursday at the Funeral Home. The family requests that you come wearing Purple and Yellow to support Jerry’s love for the Minnesota Vikings. Merle was born on July 29, 1939 to Beryl and Frances (McHale) Van Patten. He graduated from Heelan High School in Sioux City and earned his bachelor’s degree from Buena Vista College in Storm Lake, IA. He proudly served his country in the US Army National Guard for two years before marrying Myrna Hinton on February 2, 1963 in Rockwell City, IA. For 30 years Merle followed in his fathers’ footsteps with Goodyear Tire, later owning his own tire shop in Cherokee before moving to Spirit Lake and becoming a tires sales representative throughout Northwest Iowa and Southwest Minnesota. In 1996 Myrna and Merle pursued a lifelong dream of living in Florida and relocated to Orlando. Merle applied at Walt Disney World and was immediately hired as a boat driver transporting guests to and from Epcot, Epcot Resorts and the Disney MGM Studios. A short time later Merle was promoted to a supervisor position where he managed Cast Members, young and old. He impacted the lives of many with his humor, passion and fatherly love, so much that he earned himself Disney’s highest honor, ‘The Partners in Excellence Award’. During the 16 years at Disney, Merle was affectionally referred to as “Mac Daddy” and “Merlisims” were a common topic of conversation on the boat dock. Today visitors to the Maritime Museum can still see Merle’s handywork on display, a beautiful mahogany pilot house that he worked on tirelessly during the winter months for two years. Many memories come from family vacations to the beach, boating on the Okoboji lakes and summers at the cottage on East Lake. As life slowed down, Merle could be found sitting on the patio, drinking coffee and taking care of his puppy dogs and kitty cats and keeping track of current events via Fox News. Left to cherish his memory is his wife Myrna Van Patten of Orlando, FL; daughters Jacque (Jay) Loftus of Nashville, TN; Jeri (Jeremy) Bodle of Wallingford, IA; Jo (Steve) Currell of Spirit Lake, IA; son John Van Patten and Melissa Carlson of Orlando, FL; 2 European daughters, Margo (Frank) Gray of the Netherlands and Susan Held of Switzerland; 8 grandchildren, Andy, Chris, and Veronica Bodle, Jackson Currell, Braedon and Bailey Loftus, and Caleb and Lily Van Patten, his sister-in-law, Judy Van Patten; family friend Tamara Jackson and many nieces and nephews. He was preceded in death by his parents, brother Tom Van Patten, sisters Marilyn and (John) Culver, Nancy Durden, our angel Kari Thorsen, Mike Van Patten and Ann Culver. Memorials may be given in Merle’s name to the Emmet County Animal Shelter. The family would like to give a special thanks to those who cared for dad every day and were dedicated to his well-being and care. Thank you to the amazing staff at Good Sam of Jackson, especially Administrator Daren, the office staff, the nurses and the very special CNAs. You took wonderful care of dad and he had great success because of you. We are grateful to the Avera Hospital and Clinical Nurses … YOU WERE HIS GIRLS, and always made dad smile. When the time came we meet the staff of The Avera Hospice of Estherville and the nurses from the Avera Medical Group, Stacey Inman and the team were there to transition dad and the family into the final stages of care. Your compassion, patience and guidance prepared dad and our family for the road ahead and encouraged us to accept that life is difficult but to focus on the good memories and to not leave anything left unsaid. The nurses always had a kind smile and a warm hug that eased the fear of the unknown. Our gratitude to Dr. Probst, his team, Dr. Asman, Kelli and Kroenke who have cared for dad for many years and in the end gave dad the opportunity to face the facts and live out his remaining months exactly how he wanted to. Because of you, dad enjoyed life to the very end, continued to smile and make people laugh. Over the past several years dad has had many people that have loved and cared for him but there is one special earth angel that watched over him every day and was always there. In July, Jeri, Jeremy, Andy, Veronica and Chris took dad “home” to watch Fox News and live out his final days without shots, tests and hospital walls. Through long days and hard nights Jeri and her family cared for dad and often put his needs before theirs. On Monday, October 15th, we watched Jeri declare dad’s passing and postpone her grief while she tenderly prepared dad for his final journey. Your family cannot express in words the gratitude and admiration that we have for our sister/daughter. Jeri – you were always there for dad and helped dad go to heaven where the heavenly angels were waiting for him …. And we bet…. THEY ARE CRAZY ABOUT HIM! As dad would have said … “Thanks for everything Jer”.

The family of Merle Van Patten created this Life Tributes page to make it easy to share your memories.