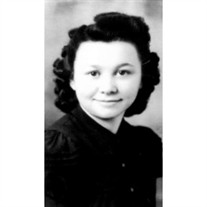 Norma Eunice (Bennett) Strope, 91, entered into eternal life on Oct 17, 2015, in Greeley, Colorado. She was the oldest of seven children born on May 17, 1924, to Roy and Mable (Rohrer) Bennett in Winnetoon, NE. She graduated from Creighton High School (Creighton, Nebraska) and went on to teach in several one room schools in the area. This is when she met Elvin Strope. They were married in Venus, Nebraska on August 25, 1945. It is there they farmed together until 1953 when they moved to Dickinson County, Iowa. They remained in farming until their retirement in 1989. In 2006, they moved to Greeley, Colorado. Norma's passion was to teach children. She used her teaching talents as a 4-H leader, grandmother, schoolteacher and youth leader at the First Presbyterian Church in Estherville, Iowa. She is survived by one daughter, Dawn (Larry) Van Ess of Union Grove, WI and a son-in-law, Jon Schiltz of Greeley, CO. She is also survived by four grandchildren, Jared (Allison) Schiltz of Denver, CO, Emily Smith of San Diego, CA, Alison (Jeff) Nielsen of Union Grove, WI and Jeremy (Jen) Van Ess of Washington D.C. She also has four great grandchildren, Brenden, Bryn and Evan Nielsen, and June Van Ess. She has two surviving sisters, Lola Mathine of Spirit Lake, IA and Laurel (Ken) Caskey of Norfolk, NE; two brothers, Bud of Los Angeles CA, and Ned of Alpine, CA. She was preceded in death by her parents, her husband, her daughter, Dianne Schiltz, and two brothers, Jerry and Bruce. Norma has deeded her body for medical research to the University of Iowa School of Medicine. Memorials may be sent to the First Presbyterian Church of Estherville or a charity of your choice. A memorial service will be held at a later date.

Norma Eunice (Bennett) Strope, 91, entered into eternal life on Oct 17, 2015, in Greeley, Colorado. She was the oldest of seven children born on May 17, 1924, to Roy and Mable (Rohrer) Bennett in Winnetoon, NE. She graduated from Creighton... View Obituary & Service Information

The family of Norma Strope created this Life Tributes page to make it easy to share your memories.

Send flowers to the Strope family.