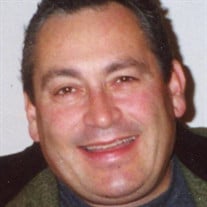 Patrick Alan Kelly was born in Butte, Montana on October 3, 1955 to Wayne and Marlene Kelly. When he was 3 years old, the family moved from Montana to Minnesota and then on to the Chicago area where Pat would grow up. He attended Barrington High School. There he enjoyed playing football, baseball and basketball. Basketball was his true love. His senior year he was the starting point guard for the basketball team. After graduating high school Pat attended the University of Illinois. It was here he accepted Jesus as his Lord and Savior through Campus Crusade for Christ. He then went on to attend Northern Illinois University where he obtained his law degree. After graduating law school he was hired as an Assistant State’s Attorney in Kane County, Illinois. While working there he met a retired FBI agent who suggested Pat apply to be a Special Agent. He did, and after a year’s long interview process, he was hired. During this time, he met his future wife, Cathy at a New Year’s Eve party through the singles group at Willow Creek Community Church. In May of 1988, Pat entered the FBI Academy in Quantico, Virginia. He was in there for 3 months. After he graduated he received his orders - Minneapolis, MN. He and Cathy married on September 3, 1988 and moved to Eagan, Minnesota. Pat’s entire career was spent in Minneapolis, which he was very grateful. In March of 1996 their first son, Jack was born. On June 11 of 2001 the “Minnesota Twins”, Ben and Katie were born, exactly 3 months prior to 9/11. During 9/11 Pat worked 6 days a week, 12 hour days, came home and helped out with the twins. Neither Pat or Cathy got much sleep during this time. In June of 2008, Pat retired after 20 years as a Special Agent. He enjoyed working white collar crime for the first 15 years, and as a Recruiter for the last 5 years. He loved his work and the agents he worked with. In September of 2008, Pat and Cathy decided to make the move to a smaller town, Spirit Lake, Iowa. Ben and Katie started 1st grade, and Jack, 7th grade. This was a special time Pat could dedicate more time with his kids. He loved going to watch their concerts, sporting events…, especially softball, baseball, track and basketball. In July of 2012, Pat was riding his bike with Ben to a basketball camp at the high school. Pat went through a slick puddle, over his handlebars and shattered his right arm and his left wrist. He was taken to Mayo by ambulance where he had a total of 10 surgeries. He had many months of physical therapy to regain strength in both arms. In January of 2016, Pat had a bout with pancreatitis. He spent most of 2016 going from hospitals in Sioux Falls, Lincoln, Nebraska and finally Omaha. Finally in December of that year there was an opening at the nursing home in Armstrong, Iowa. This is where he spent the majority of the next five years. It was December of 2020 he was taken by ambulance to the Mayo Clinic where he eventually passed away. Those left to cherish his memory are his wife, Cathy and his three children, Jack, Ben and Katie. Sisters Sherrie Schubert (Gary), Jackie Ott (Perry) and brother Mike (Jess), mother-in-law Janice Clark, sister-in-laws Linda Clark, Diane Tjaden (Dan), Karen Clark, Jon Clark (Kat), many nieces and nephews. He was preceded in death by his father Wayne Kelly, stepmother Toni, mother Marlene Burdick and father-in-law Tom Clark. A Celebration of Life will be was held at CrossWinds Church on Friday, January 8, 2021 at 1:00 p.m.

Patrick Alan Kelly was born in Butte, Montana on October 3, 1955 to Wayne and Marlene Kelly. When he was 3 years old, the family moved from Montana to Minnesota and then on to the Chicago area where Pat would grow up. He attended Barrington... View Obituary & Service Information

The family of Patrick Kelly created this Life Tributes page to make it easy to share your memories.

Send flowers to the Kelly family.