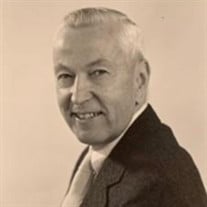 It is with great sadness that we announce the passing of Paul Charles Johnson (age 89) on December 29, 2021. He was a bright spark in this world with a brilliant mind and will be dearly missed. Paul was preceded in death by his high school sweetheart and first great love, Joan Kacynski Johnson, (wedded 34 years). After Joan’s death, he was lucky to find love again with his second wife, Kathleen Kelleher Johnson (wedded 21 years). Paul is survived by his four children-Melanie Johnson, J.D., Lance Johnson, J.D. (daughter in-law Cindy Johnson and grandchildren Alex and Nikki Johnson), Melissa Johnson Cantrell, MBA, (son-in law Don Cantrell), and Kristi Johnson, J.D. Paul was born on January 8, 1932, in Manitowoc, Wisconsin. He attended Lincoln High School and ultimately graduated from the University of Wisconsin in 1952 with a degree in polymer chemistry. An avid Green Bay Packers fan, Paul cheered on the green and gold through the good and bad seasons. One of his highlights was when he attended the Super Bowl in 1997 when the Packers resoundingly beat the New England Patriots 35-21. After college graduation, Paul took a job at Union Carbide in Niagara Falls, NY, where he developed adhesives for high temperature smelting electrodes. It was messy work. He was fond of telling the story of how they had a locker room to change into work clothes and back into street clothes at the end of the day. Paul subsequently returned to Wisconsin and accepted a position where he conducted research for the Parker Pen Company in Janesville. He invented numerous developments that became iconic, e.g., the Parker Jotter pen (still sold today) and porous tips used in felt tip pens (ubiquitous). Paul was lured away from Parker Pen by former U.S. Representative for Iowa’s sixth congressional district and former CEO Berkley Bedell (1921-2019) to become Research Director at Berkley and Company headquartered in Spirit Lake, Iowa. Paul moved his family to a very small and beautiful Iowa town surrounded by five blue water lakes where he immersed himself in the process of creating innovative fishing lines, ski tow ropes, and fishing rods. He regularly enjoyed the many hunting and fishing opportunities found in the Iowa Great Lakes area. Not one to settle down, after his retirement, Paul entered local politics where he served three terms as an elected Supervisor for the Dickinson County Board of Supervisors (2003-2018). As a Supervisor, Paul fiercely fought outside interests to protect the natural beauty of the Great Lakes’ environment and ensured its citizens enjoyed a high quality of life. He took great pride when he oversaw the building of the new Dickinson County Courthouse, completed in 2009, impressively built under budget and on schedule. Paul possessed a zest for life as well as a penchant for telling jokes with long introductions leading up to the punch line (it was always worth the wait). A painter. A world traveler. Paul hunted above the Arctic Circle, dove the seas with Jean Michelle Cousteau, scored a hole-in-one (twice!), and became a published author in The Scientific Angler (a seminole work in the application of technology to the sport of fishing). He was admitted to the Outdoor Writer’s Guild and regularly wrote on fishing technologies. Paul loved deeply and touched the lives of many. We take comfort in knowing that he is now at peace and surrounded by light. A memorial service and celebration of life for Paul Johnson will be held in late Spring or early Summer 2022 in the Spirit Lake area. Details will be published in the local papers and radio stations.

It is with great sadness that we announce the passing of Paul Charles Johnson (age 89) on December 29, 2021. He was a bright spark in this world with a brilliant mind and will be dearly missed. Paul was preceded in death by his high school sweetheart... View Obituary & Service Information

The family of Paul Charles Johnson created this Life Tributes page to make it easy to share your memories.

It is with great sadness that we announce the passing of Paul...