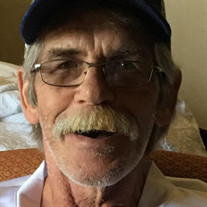 Richard “Rick” Lowry, 62, of Spirit Lake passed away on Thursday, October 1, 2020 at the Dougherty Hospice House in Sioux Falls, SD after a short battle with esophageal cancer. A memorial service for Rick will be held at 10:30 a.m. at The Barn in Spirit Lake on Saturday, October 10, 2020. Burial will take place in the Lake View Gardens Cemetery with Masonic Rites by the Evening Shade Lodge #312 of Spencer, IA. A visitation will be held on Friday, October 9, 2020 from 5-7 p.m. at the Schuchert-Lentz Funeral Home in Spirit Lake. Rick was born on May 5, 1958 to Ted and Marjianne (Lenz) Lowry in Huntington Park, CA. He graduated from Spirit Lake High School in 1976. Rick was united in marriage to Terry Soule on September 29, 1979 at the United Methodist in Spirit Lake, IA. Rick worked for Coca-Cola for over 36 years with a majority of those years as a semi-truck driver. Rick was best known for his unparalleled work ethic. Rick took tremendous pride in the work he did and always gave 110%, it did not matter if it was on his route, lawn work, or helping his sons and family. One of his favorite parts of working for Coke was the lasting relationships he was able to develop with his coworkers and customers. Rick was a 32nd Degree Mason, a Member of Abu Bekr Shrine, Spencer Area Shrine Club, Spencer ATV Corps, Iowa Great Lakes Shrine Club, and the Scottish-Rite. In his free time, he enjoyed watching the Dallas Cowboys and Iowa Hawkeyes, woodworking, caring for his lawn, and being around his grandchildren. In his younger years he enjoyed hunting and fishing. He was instrumental in helping start the Spirit Lake Indians Youth Wrestling Club. Rick also enjoyed being in the stands and cheering on his sons, grandchildren, and all the kids involved. Rick will be remembered by those who knew him for his ability to help those around him and the fatherly advice he was willing to give. Through his rough exterior of a hard worker, Rick had a heart willing to help anyone at any time. Left to cherish his memory is his wife Terry Lowry of Spirit Lake; 3 sons, Aaron (Liz) Lowry of Fairmont, MN; Dallas (Hali) Lowry of Spirit Lake and Heath (Ashley Hodgell) Lowry of Spirit Lake; grandchildren Tiffany Lowry, Makayla Lowry, Makenzie Lowry, Alyssa Lowry, Keera Lowry, Lexus Lowry, Brantley Lowry, Jayden Hodgell and Grady Hodgell; brothers Teddy (Jeannie) Lowry, Terry (Lea) Lowry, and sister Janie (Paul) Molendorp, and his nieces, Nephews, and cousins. He was preceded in death by his parents Ted and Marjianne Lowry, father-in-law Wayne Soule, and multiple aunts and uncles.

Richard &#8220;Rick&#8221; Lowry, 62, of Spirit Lake passed away on Thursday, October 1, 2020 at the Dougherty Hospice House in Sioux Falls, SD after a short battle with esophageal cancer. A memorial service for Rick will be held at 10:30 a.m.... View Obituary & Service Information

The family of Richard "Rick" Lowry created this Life Tributes page to make it easy to share your memories.

Richard “Rick” Lowry, 62, of Spirit Lake passed away on Thursday,...

Send flowers to the Lowry family.