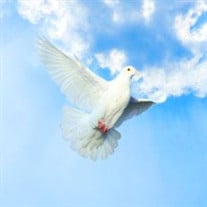 Robert Lee Lowry, age 73, of Milford, passed away Wednesday, June 18, 2014, at his home in Milford. He was born on June 1, 1941, in Harris, Iowa, to Ted and Viva (McCool) Lowry. Bob attended Harris High School, before serving his country in the United States Navy for four years. He worked for the United States Postal Service in Spirit Lake, until he retired at the age of 52. Bob was united in marriage to Ruth Rosenboom on October 1, 1994, in Sioux Falls, South Dakota. Bob enjoyed spending his spare time fishing, hunting, woodworking and watching NASCAR and Sprint car races. His true passion in life was his family, especially his grandchildren and great-grandchildren. Bob is survived by his wife, Ruth Lowry of Milford; daughter, Dawn Bice, and her husband, Kevin of Spirit Lake; son, Robert Lee Lowry Jr. of Richfield, Minnesota; step-daughter, April Mans, and her husband, Patrick of Savage, Minnesota; step-son, Clinton Stegeman of Milford; four grandchildren, Amber Lippon, and her husband, Matt of Spirit Lake, Tyler Bice of Spirit Lake, and Colton and Jordyn Mans of Savage, Minnesota; three great-grandchildren, Ava, Elle and Eden Lippon, all of Spirit Lake; six siblings, Betty Dillehay, and her husband, Don of Harris, Ted Lowry, and his wife, Marge of Spirit Lake, Marilyn Sorensen, and her husband, Verland of Spirit Lake, Jackie Albers of Harris, Jim Lowry, and his wife, Linda of Broken Arrow, Oklahoma, and Jerry Lowry of Marysville, California; and many nieces and nephews. He was preceded in death by his parents; sister, Pat Meyerdirk, and her husband, Glen; and a brother-in-law, Stan Albers. A memorial service will be held at 10:30A.M. Monday, June 23, 2014, at the Schuchert Funeral Home. Visitation will be held Sunday, June 22, 2014, from 3:00P.M. until 5:00P.M. at the Schuchert Funeral Home. Burial will be at the Union Cemetery in Harris. In lieu of flowers, memorials may be given in Bob's name. The Schuchert Funeral Home is in charge of the arrangements.

Robert Lee Lowry, age 73, of Milford, passed away Wednesday, June 18, 2014, at his home in Milford. He was born on June 1, 1941, in Harris, Iowa, to Ted and Viva (McCool) Lowry. Bob attended Harris High School, before serving his country in... View Obituary & Service Information

The family of Robert L. Lowry created this Life Tributes page to make it easy to share your memories.

Send flowers to the Lowry family.