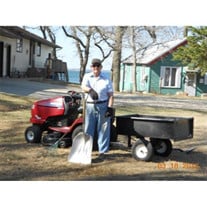 Robert "Bob" Olson of Orleans, Iowa, left his Earthly body on the evening of March 5, 2013, amidst the loving arms and comfort of his wife of 62 years, Delaine, his daughters Jolene, Marsha and Sandra and other close family members, in the home... View Obituary & Service Information

The family of Robert V. Olson created this Life Tributes page to make it easy to share your memories.

Send flowers to the Olson family.