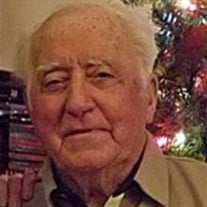 Thomas “Wayne” Crystal, 89, of Spirit Lake, Iowa passed away Monday, November 18th, 2019 at his home. Celebration of life will be held at a later date at the Downtown Church in Milford. Wayne was born August 17, 1930 to Tom and Clarabelle (Large) Crystal in Ft. Scott, Kansas. He graduated from high school in Kansas City, Missouri. Wayne entered the United States Air Force in Wichita where he served four years as an Airplane Mechanic Instructor stationed in Texas. On June 27, 1975, Wayne was united in marriage to his wife Sherry. Wayne had a passion for God, his family and flying! He flew as a commercial pilot with TWA for fifteen years. After leaving TWA, he owned and operated the South T Motel in Spencer, Iowa as well as a full service motel in Mexico, Missouri. Because of his passion for flying, he sold both motels and went back to his chosen career by becoming Chief Pilot for three different Insurance Companies in Sioux City, Iowa. Wayne and his family moved back to the lakes area in 1993 where he purchased the Northland Inn west of Spirit Lake, Iowa. He owned and operated the Northland Inn for twelve years. Left to cherish Wayne’s memory is his wife Sherry of Spirit Lake; Children, Sara (Tige) Crystal Myers of Frisco, TX.; Kerry (James) Polk of Carrolton, GA.; Chrisann Young of Lake Havasu, AZ; and Kathlene Rainbolt of Carrolton, GA; grandchildren, Joshua, Evan, Jennifer, Aaron, Jesse, Samantha, Christopher, Shokeela, Gavin, and Nickolas; and 9 great grandchildren. Wayne was preceded in death by his son Mark Thomas Crystal, grandson Nathaniel Ryan Myers and his parents.

The family of Thomas Wayne Crystal created this Life Tributes page to make it easy to share your memories.

Send flowers to the Crystal family.