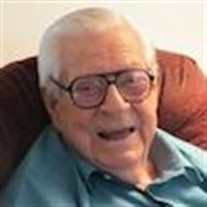 A mass of Christian Burial for Jip will be held at 10:30 a.m. on Friday, March 17, 2017 at St. Joseph Catholic Church in Milford. Burial will be in the Lone Tree Cemetery in Everly. Visitation will be on Thursday from 5-8 p.m. with family present from 6-8 p.m. at the church in Milford. A vigil service will be held at 7:00 p.m. on Thursday at the Church. Verlyn Jipson died on March 11, 2017 at 12:08 am at his home in Arnolds Park, Iowa. He was 91 years old. Verlyn Crosby “Jip” Jipson was born July 13th 1925 on a farm south of Moneta, Iowa to Albert and Effie Jipson. He was the last of 6 children. He was proceeded in death by all of his siblings. Sister Alice died at age 15 in 1905 of influenza before he was born. His other siblings were Orva, Alberta, Leona, and Duane. He graduated from Moneta High School and attended business school for 2 years before returning to farming the home place after his parents retired to Spencer, Iowa. He married Marie Mayou in April, 1946. Together they raised 6 children and were married for more than 60 years. Marie died in 2006 after a long illness. His children are: David: (died in 1980) David’s daughter, Mackenzie, Madison, Wisconsin & her son Matthew. Vicki: (Glenn Albertson) Spencer, Iowa & daughter Jodi (Scott) Carlson, Omaha, Nebraska & children Hannah, Nathan & Ryan. Mike: Ft. Myers, Florida & his daughter Natalie (Matt) DeHaven & their daughters Finley & Charli. Steven: (died in 1980) Val: (Don) Bonney, Spencer, Iowa & children Andrea (Ben) Lester, Phoenix, Arizona, Josh & Lindsay Bonney. Doug: (Merrillee) Jipson & children Verlyn James & Merrill. Verlyn farmed until 1962 when the family moved to Hartley Iowa. He sold insurance for a few years before joining Crows Seed Corn Company as a dealer. He soon advanced to Regional Sales manager for Crows and eventually had 80 dealers under his care. He retired from Crows and he & Marie moved to a home on East Lake. In 2004, they moved to Pelican Ridge in Arnolds Park. He lived a long and fruitful life. He was very loved and admired by all who knew him. His many relatives and friends will never forget his humor, his sweet and sometimes silly poems, and his compassion for people. He will be greatly missed by all.

A mass of Christian Burial for Jip will be held at 10:30 a.m. on Friday, March 17, 2017 at St. Joseph Catholic Church in Milford. Burial will be in the Lone Tree Cemetery in Everly. Visitation will be on Thursday from 5-8 p.m. with family present... View Obituary & Service Information

The family of Verlyn "Jip" C. Jipson created this Life Tributes page to make it easy to share your memories.

Send flowers to the Jipson family.