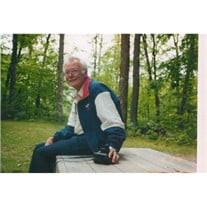 Memorial services for Vernon (Vern) Dean Schubert, age 62, of Spirit Lake, Iowa, will be held on Sunday, August 5, 2012, at 3:00 p.m. at the Schuchert Funeral Home in Spirit Lake, Iowa. Pastor Don E. Johnson will assist the family and friends in a service of celebration and remembrance. The Schuchert Funeral Home is in charge of arrangements, and condolences may be sent to the funeral home at P.O. Box 272, Spirit Lake, IA 51360. Vern Schubert was born on April 30, 1950, in Sibley, Iowa, to George T. and Etta M. (Kruse) Schubert. Vern grew up on a farm north of Little Rock, Iowa, and graduated from Little Rock High School in 1968. He immediately enlisted and entered the U.S. Navy on September 6, 1968, during the Viet Nam War. In the Navy, he was trained and served as Radioman Mate aboard the USS Ogden, an amphibious transport ship, and in Guam. The Ogden sailed trans-Pacific to and from Viet Nam and Guam. Among his other duties, Vern achieved special clearance from the Navy and was charged with the responsibility of telegraphing the names of the war casualties in Viet Nam back to the U.S. He also was stationed at the Hunter's Point Naval Shipyard in San Francisco, California, toward the end of his service. Vern was honorably discharged with the rank of E-4, Radioman 3rd Class on June 5, 1972. While in the Navy, Vern received the Meritorious Unit Commendation and the National Defense Service Medal. He was a member of the VFW. His naval experience was a major influence in shaping the rest of his life. Vern studied under photographer, Jim Peterson, at Iowa Lakes Community College, Estherville, Iowa, and he graduated with an associate degree in photo-journalism in 1974. This launched a life-long passion for photography. His eye for detail and the wonders of nature and people are evident in his work. In 1975, he married Cindy L. Klein. The couple had two children, Lacey Jean and Collin George Schubert. Vern was employed by the Farmer's Co-op Grain Elevator in Terril, Iowa, for a number of years and at the Gingerbread House also in Terril before beginning a career with Stylecraft Furniture in Milford, Iowa, as their senior buyer and dispatcher until 1999. He then worked as a marine and auto mechanic for a time and finally as a distributor and accountant for Okoboji Wines. He was a professional freelance photographer, and during his entire working life, Vern continued his love of photography, gardening, and canning his famous dill pickles and his spicy salsa. Left to cherish Vern's memory are his two children, Lacey Dreeszen, her husband Nathan, their son, Owen Dean of Boone, Iowa; and Collin Schubert of Spirit Lake, Iowa, and his special friend, Kelly Cozza of Chicago, Illinois; and their mother, Cindy Schubert. Also left to cherish Vern's memory are one sister, Mariel Johnson and her husband, Don E. Johnson of Estherville, Iowa, as well as his nieces, Christina Johnson (Mark Remme) of Iowa City, Iowa, and Beth Johnson (Ted Powers) of Davis, California, nephew Charles Johnson of Reno, Nevada; grandnieces and grandnephew, Casey, Ayden, and Ava; and his sister-in-law, Eddie Klein, of Wenatchee, Washington. Vern was preceded in death by his parents, George T. and Etta M. Schubert.

The family of Vernon "Vern" Schubert created this Life Tributes page to make it easy to share your memories.

Send flowers to the Schubert family.