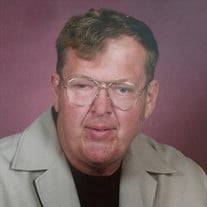 We mourn the passing of Victor Wendel Wilcke, 66, of Spirit Lake, IA on December 16, 2018. Victor was born at Des Moines, IA on March 20, 1952. He was the son of Ernest W. Wilcke and Elaine M. Hillmann Wilcke. He attended school in Malcom and Grinell, IA until he moved to Spirit Lake. There he attended 4th thru graduation in 1970. He then attended Wartburg College. While there, he did further study at the Instituto Technoligico de Monterey, Mexico and the Alliance Francaise in Paris, Drew University in New Jersey and The United Nations. He spent 8 weeks in Ghana, Africa receiving credit thru the University of Massachusetts. Victor also studied at Harvard University and then on to the University of Chicago for study in Economics. He gained degrees from Wartburg, and the University if Chicago. He served as President of the Honor Society for 2 years at Spirit Lake High School and 2 years at Wartburg. Various jobs filled his summers and about 1988, he started helping his father by driving on long road trips. Stamps and coins were his hobbies from second grade on. He also enjoyed chess, fishing and hunting. He was a valued helper for Lutheran World Relief, lifting 3 ton plus 680 pounds 4 times for the next shipment. For a brief period, he did tutoring at Lakes Community College. Victor was a member of Grace Lutheran Church from 1953-1956 and 1961 until his passing. During that time, he was confirmed by Rev. Fred Peters. He leaves to mourn, his mother, Elaine Wilcke of Spirit Lake, Uncle Dr. Daniel J. Hillmann of Baton Rouge, LA; Aunt Agnes Ruth Mikel of Grinnell, IA and Mesa, AZ; and numerous cousins and second cousins and his kitty, Sophie, who visited him on December 14, 2018. Deceased are is his father, Ernest Wilcke, Uncle Elmer C. Hillmann, grandparents Elmer and Tina Hillmann and Lulu and Detlef Wilcke. Please remember Grace Lutheran Church, the Northwest Iowa Humane Society, and Lutheran World Wide Relief in any memorials. Private graveside services will be held in the Clinton Memorial Cemetery in Clinton, Iowa beside his father and his father’s parents. There will be no formal services held. “Commit your way unto the Lord, trust in Him, and He will act.” Prov. 37:5

We mourn the passing of Victor Wendel Wilcke, 66, of Spirit Lake, IA on December 16, 2018. Victor was born at Des Moines, IA on March 20, 1952. He was the son of Ernest W. Wilcke and Elaine M. Hillmann Wilcke. He attended school in Malcom and... View Obituary & Service Information

The family of Victor W. Wilcke created this Life Tributes page to make it easy to share your memories.

We mourn the passing of Victor Wendel Wilcke, 66, of Spirit Lake,...

Send flowers to the Wilcke family.